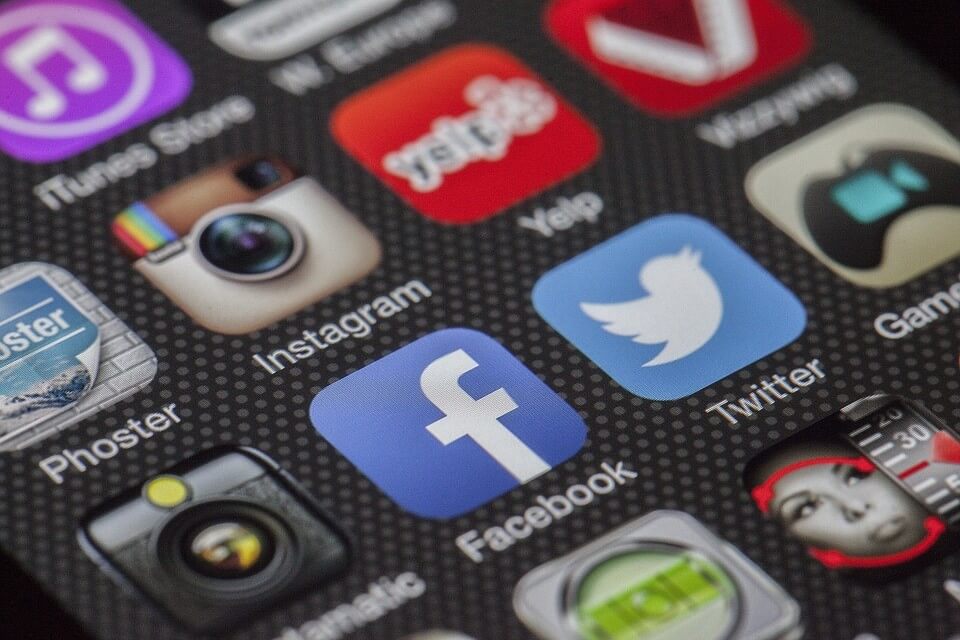 Social media, in the relatively short time that it has been a part of our society, has had a number of incredible impacts on our world. It has transformed the way people shop; how businesses advertise their products, services and brands; it has facilitated massive social transformations; it has given protestors a voice; created celebrities and has been able to connect people in as many unforeseen ways as the imagination can dream up. And as it has done so, it has grown alongside our societies and cultures into an even more functional and dynamic element of our lives. With this in mind,  if ever there was a time to consider building a career off of the back of a professional diploma in social media marketing; it is now! But don’t take my word for it. Here are some of the biggest ways in which social media has changed our world.

Since the dawn of democracy, voting has been considered a fairly private activity. People kept their opinions and preferences to themselves. Here in South Africa, we are used to the right to keep one’s political allegiances a secret, as are many other parts of the Western world. Social media, however, with its power to amplify the voice of its users, brought about a change in the democratic mind-set, whereby our private thoughts and opinions have become a social-badge of honour. For a large portion of voters, the need to keep one’s allegiances private has given way to a need to show support for their chosen party by posting their opinions all over the web. This has also enabled massive interest communities to get into contact with each other to share their ideas and to feel a part of a greater whole; and in cases (such as the inception of the Pirate party in Sweden) has even given rise to new political entities.

The recent spate of revolts throughout the middle east that started in Egypt had a very simple catalyst; social media. In fact, social media was so deeply at the heart of the movement that newsworthy sources often got their information from platforms such as Facebook and Twitter. The revolution started when footage of a fruit-vender being abused was released and shared on social media. Then, these same platforms were used to organise many of the protests staged during the Arab spring which saw many despots removed from seats of power in a short and violent time.

Fake news has been cropping up more frequently in our society, and this can almost squarely be blamed on social media. That is not to say that social media intentionally tries to undermine journalistic integrity, but a watering-down of it is a result of its bid to give the average user a voice. Social media has become somewhat of a hive-mind that allows everyone to share their opinions, regardless of the reliability of what is being expressed. Before social media, these information control privileges rested in the hands of a few media giants; and so it could be taken for granted that we received news from credible sources. However, now that all of us are, in some way, information gatekeepers, there are more cracks for misinformation to filter through.

Commerce has been transformed magnificently thanks to social media, and it has done so in a way that empowers businesses to get their products and services in front of those who are actively looking for them; and in the same token, has provided a value-added purchasing service for consumers to shop with convenience. Digital marketers, too, have found an excellent companion in a variety of social media platforms, since they are dynamic, optimisable, cost effective and bring great results.

To find out more about how you can leverage social media as part of your digital marketing career, contact a representative from the RCM School of Excellence Digital College today, or visit our website for more details.

Accreditation is the buzz-word for the day, and when it comes to any type of skill-building programme, accreditation is the very thing that separates the unworthy from the valuable. As far as digital marketing is concerned, there are a number of ways to break into the industry. You could throw yourself into the thick of things and learn through trial and error, pick up piecemeal information from blogs and forums, or invest in a course that covers all areas of the profession. For the most part, the best way to do this is to take advantage of a digital marketing college and qualifications from authoritative institutions. This will not only impart all of the knowledge that you need to find success but will also ensure that your skills are recognised in the job market. The Digital Marketing Institute is an entity that provides this exact form of surety to those that enroll in courses accredited by them; but who exactly is DMI, and why should they matter to you?

The Digital Marketing Institute offers a number of accredited courses, generally offered through third-party colleges that offer accreditation through DMI themselves. To date, they have over 20 000 graduates worldwide who are currently making the most of their digital marketing skills to build successful careers for themselves. Being one of the largest accreditation agencies out there, they are recognised by some of the largest brands and companies the world over; especially right here in South Africa.

Through the DMI, accreditation from a wide range, of course, can be achieved through courses of varying depth. Both professional and specialist diplomas in digital marketing, social media, and social selling can be obtained through a DMI accredited college. For those looking to build there skillset further, postgraduate diplomas and Masters courses can also be taken through them.

The Advantages of an Accredited Course through DMI

Accreditation from an authoritative institution will always give you the upper hand, no matter where you are looking to apply your digital marketing skills. However, here are some of the top advantages to being accredited through DMI:

If you would like to find out more about enrolling in a course that is fully accredited through the Digital Marketing Institute, contact a representative from the RCM School of Excellence Digital College today, or visit our website for more information on our services. 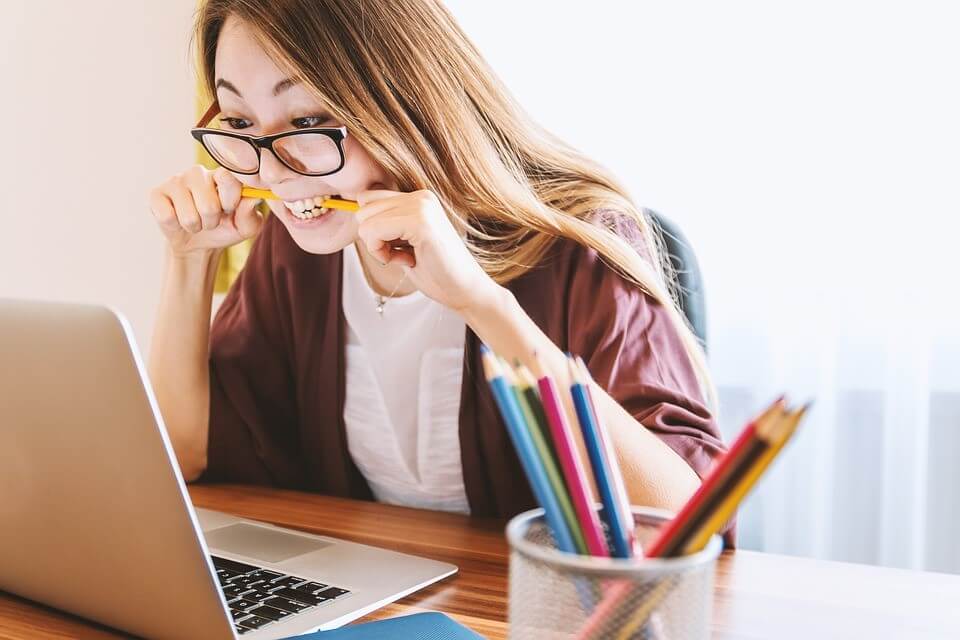 If you are struggling to decide which is better to build your skill and knowledge, self-taught or with guidance, it could be a bit of an easy choice. This is based on who you are, and your current circumstances. We have all met someone who has been self-taught in something and they are honestly amazing at it. But that does not mean that it will work for you, and in certain fields of knowledge and skills. This includes digital skills. Yes, you are able to do and should do self-study when it comes to building your skill base and keeping up with an ever-changing industry.

You might have hated school and how that process transpired, and you wish to never do that again. But that might not be a great idea. In an industry such as digital marketing and website development, you can greatly benefit from some guidance. With guidance, you are able to have access to updated, ethical and relevant information. By growing your skills this way you can have access to trusted industry information, industry leaders and experience. By having some guidance, you are able to reassure future employees of your capabilities as they know the information from an online course or a college or an internship is more trusted than a five-year-old video on YouTube.

Elements of self-study and self-learning definitely have its place in allowing you to grow as a student and as a professional. The industry is constantly changing as technology changes and people change, and it is worth constantly monitoring that to stay in the know. However, deciding to forgo some guided training could be detrimental as you could end up learning completely wrong information and skills, and that is never great for your career. You could be learning how to do something completely unethically and that could lead to serious trouble. You do not build a great network by watching videos and reading outdated articles online.

RCM School of Excellence offers you a great opportunity to access guided content for your future. We offer a variety of on-campus and online courses that are structured to help you build your skill and knowledge of the digital industry. Visit our website to see the different courses we have, these range from social media marketing, to website development. Get the best information for yourself and your career with us, in a manner that suits you.

It is no secret that mobile phones and tablets have become a very great and important part of our lives. This is because they can do so much that they never used to do, and they are multiple devices placed into one. They are phones, cameras, video recorders, audio recorders, website browsers, calculators, calendars, photo albums and so much more. They are able to do so much more because of applications, or apps. Apps are there to help smartphone users do things quickly and easily, this includes banking, cooking, shopping, and connecting. There is not a person who has a smart device that does not use an app.

An app developer is a person, or team that is there to help brands build an app for their business. These apps range from games, to music apps, shopping apps, fitness apps and everything else we could possibly need under the sun. They specialise in creating apps that solve people’s problems, help them stay in touch with their favourite brands and make life easier. An app developer is someone who creates, tests, and writes programs. They make sure that the app works, they fix any problems and the design them through codes.

How to Become an App Developer

Some people are naturally more attracted to finding out how things work, and the technical side of things. The first step in becoming an app developer is to have an interest in it. It is important to note that there are different operating systems to work on and start off with one and grow into the others, this includes Windows, Android and iOS. It is highly suggested that you get some formal training and education in it; it is a very complex industry with many complex parts. Having the right guidance and information and make or break it for you. Learn about mobile user interface design, programming, coding and business expertise is a must!

If you are considering a career in app development, look no further than RCM School of Excellence. They offer detailed courses in a variety of digital marketing and skills. Begin your journey to app development or website development and enrol in an accredited course today.

Back
Leave A Message
Whatsapp